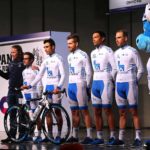 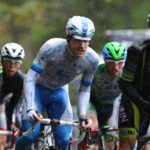 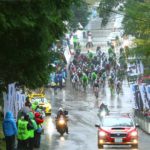 UTSUNOMIYA, JAPAN – Team Novo Nordisk pushed through a Typhoon on Sunday at the Japan Cup, racing a hilly circuit in a warm rainstorm as thousands of fans braved extreme wet weather north of Tokyo to cheer the pro peloton.

Organizers shortened the planned 14 laps to 10 as the last of Super Typhoon Lan blew through the Pacific Ocean, with high winds and heavy rain forecast for the next two days. Saturday’s evening criterium in downtown Utsunomiya was mostly dry but overcast as Team Novo Nordisk put four riders in the top 20 to start the weekend.

On Sunday more than 30 Novo Nordisk employees from Japan joined the team for our fourth appearance at the Japan Cup, with many of them having ridden their own bicycles from Tokyo on Friday to spend the weekend with the riders.

“We woke up knowing it was going to be a wet day, and we did our best to put Charles at the front for the finish. Coming to Japan is really exciting because there are so many fans on the side of the roads, even in the rain, and this year we had 30 friends from Novo Nordisk ride to the race to see us. It’s so cool to see how the company organizes itself to support us, and it’s really nice to be here.”

“Charles and David stayed at the front with the leaders in three hours of rain, and our guys came off a great day Saturday to help at the Japan Cup. We are very proud to come here to Japan and race, and it’s a big honor to see so many fans from Novo Nordisk come and suffer with us in the rain.”

Team Novo Nordisk races next in China at the season-ending Tour of Hainan. 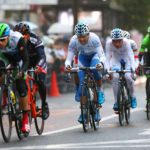 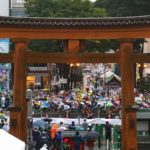 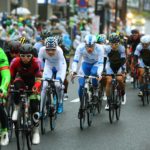 Utsunomiya, JAPAN — Team Novo Nordisk’s Romain Gioux finished just outside the top 10 when he sprinted to 11th place at the Japan Cup Criterium. Saturday’s race served as the first of two one-day events in Utsunomiya, Japan.

The race, which is not an UCI-sanctioned event, was held under unusually wet and cold conditions. Nathan Haas (Criterium Special Riders) launched the first attack on the opening lap and Team Novo Nordisk’s Chris Williams quickly joined him. The duo was quickly reeled in with four primes on the line and Trek Segafredo motivated for the third consecutive victory of Japanese native Fumi Beppu.

Attacks continued to fly with Danilo Wyss (BMC Racing Team) briefly off the front solo. On the final lap, Team LottoNL-Jumbo and Trek battled it out for position. Yet Italian Marco Canola (Nippo-Vini Fantini) experienced a mechanical, made a bike change, and launched a late race attack to take an unexpected win.

“Chris Williams off the front. Charles Planet off the front. We put on a good show here for our friends and fans and the 80,000 strong in the rain at Utsunomiya.”