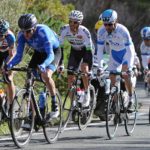 Pollenca, Spain — Team Novo Nordisk rider David Lozano posted a top-20 result on the uphill finish at the Challenge Mallorca on Saturday, on a difficult day in the Spanish mountains.

Saturday’s mountainous one-day Trofeo Andratx-Mirador des Collomer-Pollenca began in bright sunshine near the southern tip of Spain’s largest Mediterranean island, and an elite breakaway of around 15 riders quickly moved into the hills of Mallorca along the northwest coast. Their early advantage of around four minutes decreased by half to just under two minutes as the peloton began to chase, and after more than four hours of racing Lozano found himself at the front in a select group of just 30 riders, finishing just 15 seconds behind the race winner on a tough final climb.

Tim Wellens (Lotto-Soudal) won the day in 4:27:55. David Lozano finished 16th overall as Team Novo Nordisk’s best-placed rider. More than half the race peloton withdrew from the race or finished outside the time limit.

“Today we found the bad luck that comes sometimes, with a blameless crash on the downhill that removed Rik and Fabio from the race and put Javi behind the first group after 80km. But the form and fitness is improving and we saw growing performances from Romain and Brian after yesterday’s hard day in the rain. This is what we are looking for here in Mallorca, and it’s good progress.”

“I feel much stronger after three days this year than I did at the same time last season, so I know the training and preparation is combining with the experience, and it’s a good sensation. Crashes happen and unfortunately I went down today in the big one. But for tomorrow it all looks good to start, and I’ll be happy to come out of Mallorca with good preparation for my next race.”

Team Novo Nordisk, the world’s first all-diabetes pro cycling team, continues racing at the Trofeo Palma on Sunday, January 28th in the fourth and final one-day race of the Challenge Mallorca, a 166km race that begins in Playa de Palma. The riders will complete a mostly flat loop around the interior of Mallorca before returning to the largest city on the island for an expected sprint finish. 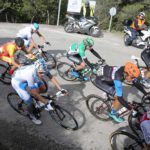