Diabetes is just the start of a new journey. It makes you a stronger person. And for me, it makes me a stronger Athlete. Never give up on your dreams, always chase them!

Heading into his sixth season with Team Novo Nordisk, Dutch time trial and classics prospect Brian Kamstra made the most of a limited 2020 campaign by showing his development as o0ne of the teams most consistent domestiques. Excelling in a supporting role at the Tour du Limousin, Okolo Slovenska and the historic French semi-classic, Paris-Tours.

Kamstra only began racing a bike in 2014. Following a brief stint as a stagiaire, Kamstra earned a place on Team Novo Nordisk’s men’s professional team just eight months after his first professional bike race. In 2017, he garnered his first top 10 finish when he took 10th on Stage 1 of the Tour de Taiwan but suffered a season-ending crash at GP de Saguenay in June.

While Kamstra may still be relatively new to the bike, he isn’t new to competition. The Dutchman is a four-time Dutch national cross-country running champion and competed at the European Championships in 2011. As an elite athlete, Kamstra knew something was wrong in 2013 when he noticed a decrease in performance despite even harder training. After seeking medical advice, Kamstra was diagnosed with type 1 diabetes, which for Kamstra came as a welcome relief because it was a manageable condition that allowed him to continue competing. With the help of his healthcare team, Kamstra resumed running as soon as he could.

In June 2014, Kamstra attended the Diabetes Classic, a charity bike ride created by former Team Novo Nordisk pro rider Martijn Verschoor. Verschoor saw a potential new teammate and encouraged Kamstra to attend Team Novo Nordisk’s training camp in Alicante, Spain in January 2015. This was Kamstra’s first introduction to bike racing. Physiological tests and training rides showed he had the skills and abilities to be a strong bike racer and Kamstra left camp with an invitation to join Team Novo Nordisk’s development squad for the 2015 season.

Kamstra quickly moved to the USA and competed in his first bike race in April 2015 at the UCI 2.2 Joe Martin Stage Race in Arkansas. Over the next few months, Kamstra’s skills and confidence grew, and in July he received an invitation to ride as a stagiaire with the men’s professional team. He made his professional debut at the high-altitude and mountainous USA Pro Challenge in Colorado. He officially joined Team Novo Nordisk’s professional team for the 2016 season and hasn’t looked back.

Off the bike, Kamstra enjoys speed skating, riding motorbikes, bbq’ing, and spending time with his friends and family. 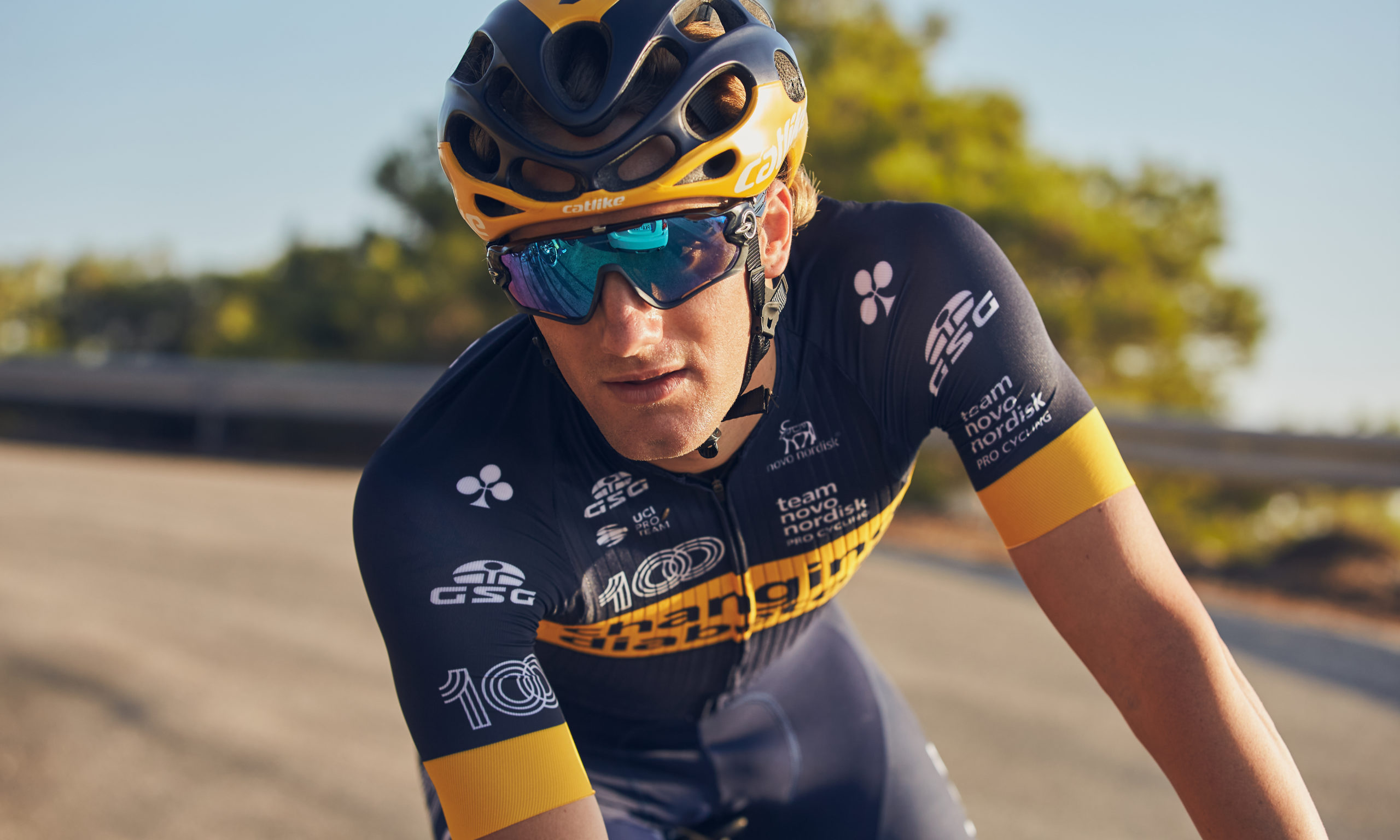 
I noticed that as I trained harder my performance level went down, and I began to fatigue early in a race.

As a two-time National Cyclocross Champion, I knew something was wrong. So my doctor did some blood tests, and we discovered I had type 1 diabetes.

What was your initial reaction?

I was relieved that we discovered what was wrong with my body- since I had been feeling it for a long time already- and that it was something that could be treated.

Some handled it well, others were a little shocked.

My doctor had no other patients who where involved with sport, so I did a lot of research myself.

But we worked together, so I could begin training again as soon as possible.

What was it like riding with diabetes and how did you adjust?

I got a lot of help from my friend (former TNN rider), Martijn Verschoor, and I learned a lot as went along.

In 2014, I got in touch with Martijn Verschoor, and he introduced me to Team Novo Nordisk. They invited me to attend their training camp in Alicante, Spain, and I did some training and physiological tests. At the end of the week, I was offered a contract with the Development team.

My first race was in 2015 at the Joe Martin Stage Race, a 2.2 UCI race in Fayetteville, Arkansas.

How/when did you know cycling was something you wanted to do professionally?

Before, it was winning in the European championship race and my earning the National title four times. But now, it’s riding with the Team Novo Nordisk Pro team.

I love traveling with the guys, and also competing in UCI races, which is very good for my experience and skills.

What is your biggest accomplishment off the bike (outside of your sport)?

Earning my school diploma and learning to manage my diabetes.

I was invited to visit the team’s 2015 training camp in Alicante, Spain, and afterwards, offered a spot on the Development team.

I’ve grown up a lot, become more professional and seen a lot of the world.

I like to watch movies and spend time with friends and my girlfriend. I also love to be out on the water and wakeboard.

I’d like to live a good life in a beautiful place, and maybe do something for people with diabetes or children who are disabled.

← Declan Irvine
Peter Kusztor →
back to pro team
We use cookies on our website to give you the most relevant experience by remembering your preferences and repeat visits. By clicking “Accept”, you consent to the use of ALL the cookies.
Cookie settingsACCEPT
Manage consent