Believe in yourself, don’t be afraid to fail.

New to the Team Novo Nordisk professional team for 2022 is Dutchman Jan Dunnewind, one of the latest success stories to come through the TNN development pipeline and earn his opportunity in the pro ranks. A solid 2021 season saw Dunnewind perform consistently over a full calendar and his objective for 2022 is to continue learning and progressing.

Part of the Team Novo Nordisk development team for the past three years, the tall climber managed to cram in some positive results across the shortened 2020 calendar, with back to back top 20’s in Turkey at the Grand Prix Cappadocia and the Tour of Mevlan to mark a significant step in his physical development and racing career.

Growing up as the oldest of three boys, Dunnewind was at his grandmother’s house when she noticed the typical diabetes symptoms, increased thirst and urination. The then four-year-old Dunnewind was taken to the hospital where he was diagnosed with type 1 diabetes. The Dutchman appreciates how young he was at the time of his diagnosis because he says he no longer remembers life without the condition.

Thanks to a supportive family and medical team, Dunnewind resumed an active childhood that included volleyball, swimming, tennis, and gymnastics. Around 16, Dunnewind started cycling for fun, but soon he found out about a local club and began training officially. He joined the Dutch Cycling Union and was invited to a national training camp. His passion for cycling continued to grow and soon he attended two of Team Novo Nordisk’s annual Talent ID camps in the United States. Dunnewind said he learned a significant amount of knowledge around diabetes management and bike handling skills. He left the camp determined to earn a spot on Team Novo Nordisk’s development team.

Back in the Netherlands, Dunnewind increased his training and earned several results, including taking second in a French time trial, which earned him an invitation to join Team Novo Nordisk’s development squad for the 2019 season.

Off the bike, the 23-year-old Dunnewind has a degree in constructional engineering and previously worked at an architectural firm. His family has two dogs, Tommy and Eddy, both named in honor of famous cyclists. 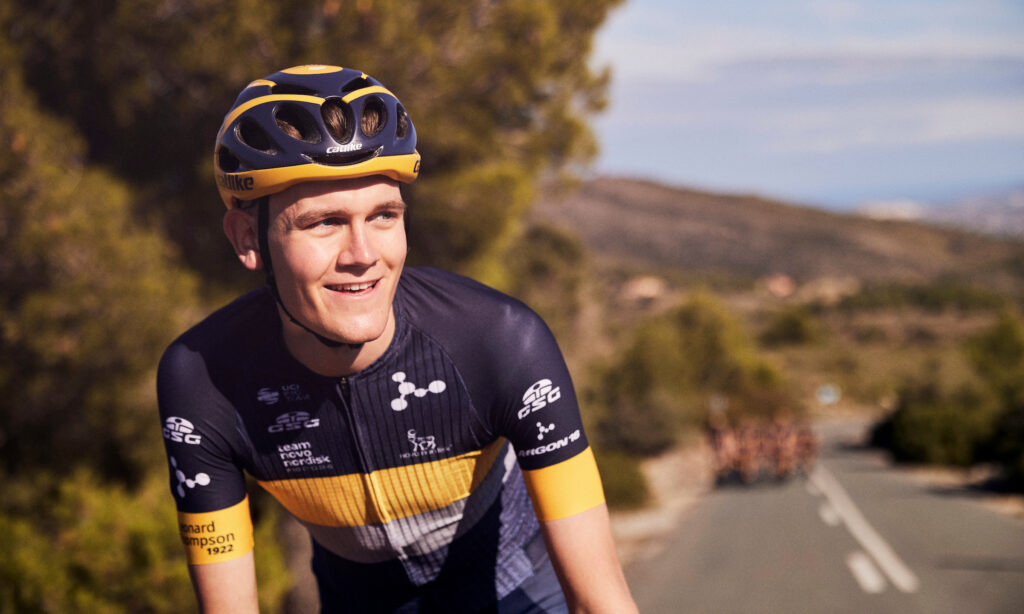 ← Gerd de Keijzer
Joonas Henttala →
back to pro team
We use cookies on our website to give you the most relevant experience by remembering your preferences and repeat visits. By clicking “Accept”, you consent to the use of ALL the cookies.
Cookie settingsACCEPT
Manage consent