2022 will be the eighth season with Team Novo Nordisk for Frenchman Mehdi Benhamouda and after a top ten on the final stage of Belgrade-Banjaluka in April, the 2021 season looked to have lift off before crashing out of the Tour of Hungary in May derailed Benhamouda’s year. Returning for Okolo-Slovenska in September.

Benhamouda kicked off the 2020 season with a top 5 finish on Stage 2 of the International Tour of Rhodes (Greece) in March before concluding his season with back to back home races at Paris-Camembert and Paris-Tours.

The fast all rounder came close to crowning his 2019 season with a victory when he took second on Stage 5 of the Tour of China I while also securing top 10 placings in both the mountains and points classifications.

Benhamouda first found his love for the bike at a young age after growing up watching the Tour de France and other famous races in his native France. By age 10, he was racing himself.

Two years later, Benhamouda started experiencing the typical symptoms of type 1 diabetes, a condition familiar to his family as his father also lives with type 1 diabetes. The diagnosis initially scared the young man, but a supportive medical team encouraged him to continue riding, and thanks to his family’s experience with the condition, Benhamouda adjusted to managing his diabetes quickly and went on to win the first race he competed in following his diagnosis.

After two successful seasons with Team Novo Nordisk’s development squad, Benhamouda earned a contract to join the men’s professional team for the 2016 season. He was the first athlete located through the Team Novo Nordisk’s talent ID program to sign with the pro squad.

For the 2019 season, Benhamouda finished fifth on Stage 3 of the Tour of China. Other career accolades include top 10 finishes on stages at the Tour de Korea, Tour of China II and Tour of Hainan. 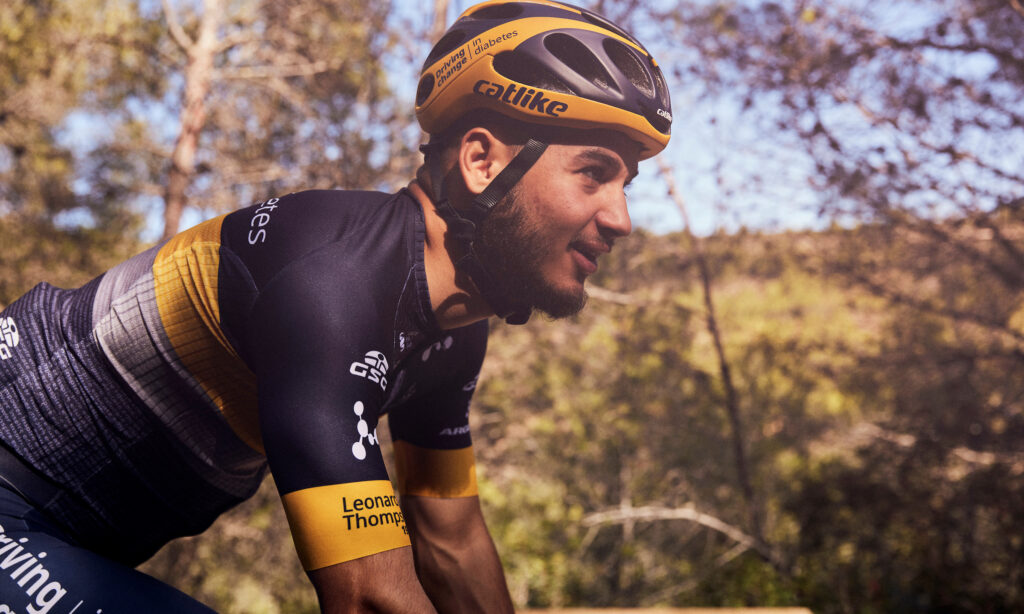 ← Hamish Beadle
Sam Brand →
back to pro team
We use cookies on our website to give you the most relevant experience by remembering your preferences and repeat visits. By clicking “Accept”, you consent to the use of ALL the cookies.
Cookie settingsACCEPT
Manage consent