No Luck for Peron on Stage 3 of Tour of Croatia

The six leaders eventually reached a maximum gap of 5:00, but they were reeled as the race approach its final kilometers, setting the stage for a sprint finish. Cavendesh and Nizzolo battled it out for the win, with Nizzolo edging out Cavendesh to take the stage and claim the leader’s jersey.

Andrea Peron finished best for Team Novo Nordisk at 23rd. “I just didn’t have good position on the last kilometer,” the Italian rider said. “I was hoping to do better, and I will try again tomorrow.” 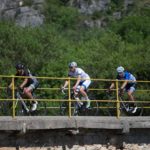 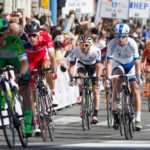