Ucka, Croatia – Friday’s stage 4 of the Tour of Croatia began with teams on the offensive and attacking early on. Comparatively short at just 121.1km, the race’s queen stage earned its title with several demanding climbs and a formidable mountaintop finish with gradients up to 18%.

A group of 6 riders managed pulled away at the race’s category climb, with Team Novo Nordisk’s Javier Megias among them. The group gained a maximum advantage of 2:00 minutes, but the peloton, led by Trek-Segafredo, was determined to reel them in before the before the final climb, and the break was caught as a diminished group approached the final climb.

“Javier shifted to a regular pace after he was caught on the last climb,” Team Novo Nordisk Sport Director, Pavel Cherkasov said, “but David Lozano and Charles Planet continued to ride well together, and David worked to help Charles to battle it out for GC, which was not easy on the steep, long climb.”

Approximatley 5km from the summit finish, Trek-Segafredo’s Riccardo Ziodl made a solo attack and was able to hang on to win the stage 28 seconds ahead of Matija Kvasina (Synergy Baku Cycling Project). Planet and Lozano finished together at 36th and 37th respectively, while Megias finished solo behind them at 49th.

“The race was really fast from the gun,” Megias said, “and the attacks never stopped. I was really determined to get into the big groups. Our tactic was wait to the final climb, but a race like today’s is a lottery; so when I saw my chance to get in the break, I took it. And although I was caught, I feel good about the day and more confident for the future.” 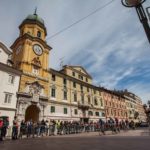 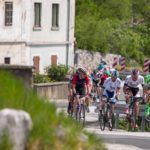