Zagreb, Croatia – The course for Sunday’s final stage of the Tour of Croatia was a mostly flat one, so with no riders in competing for the GC, Team Novo Nordisk looked to put sprinters Andrea Peron (ITA) and Martijn Verschoor (NED) in position for the final sprint.

The early part of the stage was beset by challenging crosswinds, which forced several splits in the peloton and made for slightly disorganized racing, but the riders were back together as the race approached its final circuits in Zagreb. “Today was a hard day because of the wind,” Team Novo Nordisk rider David Lozano (ESP) said. “Andrea and Martijn were our guys, since they have more skill to ride on the crosswinds and are able to arrive with fresher legs.”

Following the race’s final circuit, the group faced a precarious few hundred meters to the finish line, which included a cobbled climb and tram lines. “No one expected it was going to be that hard to get over,” Lozano said, “and when I saw Andrea sliding back, I did what i could, but was too late. Still, it’s good we finished all eight riders. We are definitely improving our form for upcoming races.”

“Our riders did an amazing job in all the wind to keep Andrea and I in the front of the peloton,” said Martijn Verschoor. “But the finale was incredibly treacherous with the tram rails, so we decided to forgo the risk so we can arrive strong and without injuries for Tour of California in a few weeks.” 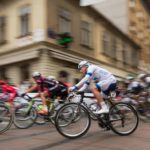 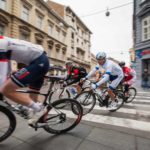