Hatta Dam, Dubai — Heavy winds and poor visibility led race organizers to cancel stage four at the Dubai Tour on Friday, sending Team Novo Nordisk and the rest of the peloton back to their hotels as sandstorms swept across the United Arab Emirates.

After Thursday’s stage three was partly disrupted by extreme weather, organizers RCS met with all team directors in the evening to discuss and agree on a shortened Queen stage to Hatta Dam on Friday in anticipation of the expected heavy winds. On Friday morning riders from all 16 teams met in Dubai to sign on at the race headquarters, but departed for Hatta Stadium in vehicles instead of on their bikes to race an abbreviated 109km with an uphill finish.

Once at the new race start riders, managers and race organizers met with security officials to discuss further changes, as winds in the open desert were gusting steadily at more than 70km per hour. Civil authorities in Dubai updated their weather warning scale from yellow to orange, and all parties involved agreed to invoke the UCI’s extreme weather protocol and cancel stage four of the Dubai Tour.

Team Novo Nordisk wishes to thank the organizers and all race officials for the difficult but correct choice on Friday, and we look forward to Saturday’s fifth and final stage at the Dubai Tour.

“We all wanted to race when we woke up this morning, but there’s no arguing with mother nature. The winds in the desert were so strong, and visibility was so low that it was dangerous for everyone; riders, motorcycles, team cars and the security escorts. Thank you RCS for the open and transparent communication and decision-making process in the last two days, we are grateful for your care and consideration in such a difficult task.” 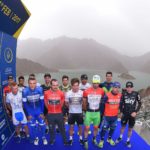 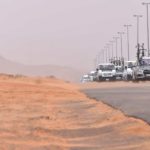