SAN JOSE, CALIFORNIA — Stage two of the Tour of California started in sunny Modesto and moved out over the empty and oaken hills of the South Bay, finishing a day of hard climbing and tricky descents into the foothills of Silicon Valley.

For more than an hour the peloton fought for the breakaway, with the fresh memory of two years prior on the same stage and an unexpected victory that came from the escape. This year the teams held no interest in allowing such a repeat, and only when the race began to climb did a group of six riders get away.

Team Novo Nordisk came together to protect leader Javier Megias and put the Spanish rider at the front for the first three climbs. On the fourth ascent of the day, an out-of-category 7km summit up Mt. Hamilton, Megias kept with the leaders. Only on the technical descent did the race separate further.

Polish rider Rafal Majka attacked on the final climb and won from a small finishing group ahead of New Zealand’s George Bennett and American Ian Boswell. Megias finished in an elite group further back and remains in contention for a top result in the remaining six stages as the Tour of California continues down into Southern California.

“The breakaway took 90 minutes to start, because this is a Pro Tour race and the guys here are flying. Javi was 20 seconds behind the leaders on Hamilton, but the descent was so tricky that he never saw the front again, so now our job every day is to go in the break and be actors in this race.”

“The plan is to go in the breakaway every day, that’s our big chance here. Today was really technical and dangerous on the descent after the last climb, with a lot of U-turns and tight curves. Quick Step was pulling really hard, and then on the climb Lotto Jumbo set a really high pace. In the next days we’ll have another chance to go in a breakaway, and I’ll do what I can to go for the victory.” 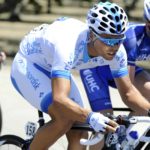 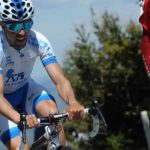