Mount Baldy, California –  Thursday’s Stage 5 of the Tour of California served as the race’s Queen Stage and lived up to its billing. The 125.5-kilometer stage saw Team Novo Nordisk’s David Lozano make an early breakaway that featured nearly two dozen riders. As the race headed up the first categorized climb of the day, the break splintered. Lozano experienced a flat tire and along with numerous other breakaway companions found himself back in the chase group.

As the race passed through the intermediate sprint in Glendora, the 14-man breakaway had approximately 3:20 over the chase. From that point forward, it was continuously uphill until the finish on Mount Baldy. Rob Britton (Rally Cycling) attacked the breakaway and remained off the front solo until the final 10 kilometers when an elite front group chased him down.

As the gradients increased, current race leader Rafal Majka (Bora-Hansgrohe), Andrew Talansky (Cannondale-Drapac), George Bennett (Team LottoNL-Jumbo) and Ian Boswell (Team Sky) battled it out on the final switchbacks up Mount Baldy. The race came down to a sprint battle between Talansky and Majka with the Cannondale-Drapac rider taking the win. Javier Megias finished as Team Novo Nordisk’s best-placed rider in 32nd position.

“The objective today was to put me in the break, but I missed it. David made it, but then he got a flat, so I tried to stay with the top guys in the chase for as long as I could. The descent was crazy, and we did what we could for the final. There’s still a time trial and a good race for us on Saturday. The final stage is harder than most people think. We’ll try our best and see how we feel.”

The world’s first all-diabetes pro cycling team continues racing at the Tour of California on Friday with Stage 6. The 14.9-mile (24-kilometer) race against the clock takes place around the stunning water edges of Big Bear Lake. The individual time trial takes place on a flat course. 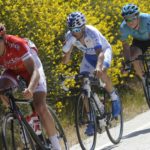 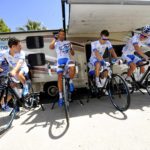