Somber Day for Queen Stage at Tour of Croatia

UCKA, CROATIA — Saturday’s Queen Stage at the Tour of Croatia began with a moment of silence in the beachside town of Porec to mark the untimely death of professional cyclist Michele Scarponi at his home in Italy when a vehicle hit him on a training ride earlier in the morning. Well-known and widely respected in the peloton, the 37-year old leaves behind a wife and twin boys. Team Novo Nordisk offers its deepest condolences to his family, friends and teammates.

Once the stage began, Scarponi’s Astana Pro Team colleagues led the group out of the city and rode at the front quietly for nearly an hour, with no rival teams attempting a breakaway and no noise from anyone in the race.

A breakaway did form once the race began in earnest, and six riders put a time gap of around two minutes on the chasing peloton over an out of category climb. Once down from the mountain, the team of race leader Vincenzo Nibali began to chase, bringing the escape to a close on the day’s final climb. Team Novo Nordisk riders Javier Megias and David Lozano remained with Nibali’s group up the second out of category ascent.

Megias finished 20th on the day and climbed to 16th overall with an excellent performance on a very subdued day of racing. Spaniard Jaime Roson won the stage and now leads the overall ahead of Nibali, who came second in front of Czech rider Jan Hirt.

“Javi was good today and showed real strength on the final climb. The World Tour teams controlled the race but it was the pro continental squads that made the action in the mountains.”

“Today was the last chance for the GC, so I tried to be with the first guys. I still need to work a little bit before California, but the legs are getting better and hopefully in California I can be with the top guys.”

Team Novo Nordisk continues racing at the Tour of Croatia on Sunday with a 147km mostly flat stage that begins in Samobor and finishes in Croatia’s capital city of Zagreb. 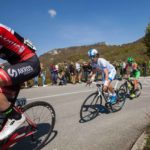 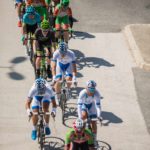