Immediately from the Stage 4 start, Williams and two other riders attacked. Quickly three riders joined them. The six-man group earned a maximum gap of 6:30.

Eventually, only Brandon McNulty (Rally Cycling) remained off the front from the initial breakaway. Heading into the final kilometer, it appeared the American would pull off an upset, but a reduced chase group caught him in the final 150 meters.

“Today was good for my confidence; it felt good to be there with the best guys in this race. After two days in the breakaway and 300 kilometers off the front, I didn’t know what to expect out of my legs. My teammates helped me all the way to the climb. My legs felt good and I moved up to the first group. I finished in the top 20, but I know I can do better. I did learn some valuable lessons today, specifically about positioning in the crucial moments on the climb.”

Team Novo Nordisk, the world’s first all-diabetes pro cycling team, wraps up racing at the Dubai Tour on Saturday with Stage 5. The final 132-kilometer stage begins at Skydive Dubai and features two intermediate sprints before a sprint finish at City Walk. Team Novo Nordisk’s Planet, Williams and Quentin Valognes are all still in contention to win the intermediate sprint jersey. 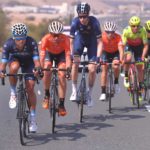 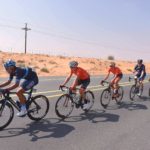