Utsunomiya, JPN — Team Novo Nordisk’s Charles Planet finished 15th on Saturday’s Japan Cup criterium. The 24-year-old Frenchman was aggressive throughout the short race and featured in one of the day’s many breakaways.

Saturday’s 15-lap criterium around downtown Utsunomiya took place on a 2.25-kilometer circuit with two u-turns. The race saw several breakaways, one including Planet, but it constantly reshuffled, and no group was able to earn a sizable gap.

Throughout the race, Trek-Segafredo stayed organized at the front to keep the race under control, particularly on the final laps. As expected, it ended in a bunch sprint with John Degenkolb (Trek-Segafredo) taking the win.

“There were so many fans all along the route, particularly a lot from Novo Nordisk employees, so we tried to put on a good show today. I went in the early breakaway for a few laps because I felt really strong and wanted to attack and gain confidence for tomorrow. They brought us back and then I focused on a good finish. I was close to a top 10 today against some really good riders, including World Tour guys.” 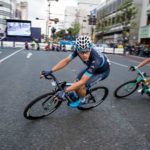 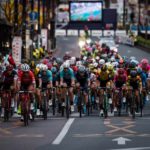