On the second lap, three riders attacked and earned a gap that never grew to more than 1’30”.

By lap 10, a group of more than a dozen riders countered up to the breakaway. Original breakaway rider Koen Bouwman (LottoNL-Jumbo) stayed with this group while his other breakaway companions were caught by the peloton. Eventually, this group splintered and a six-man front group entered the final lap together.

After the final ascent up the steep 185-meter climb, Robert Power (Mitchelton-SCOTT) and Antwan Tolhoek (Lotto NL Jumbo) attacked and battled it out to the line with Power taking the win. The first chase crossed the line 40 seconds later.

Following the race, Novo Nordisk Japan hosted a successful event at the race finish with hundreds of fans lining up for autographs.

“Today’s stage was brutal; it was a war of attrition, but it was also the perfect day to go fast and go hard. It was probably my strongest day on the bike all season. I felt really good, but I’m still learning to have that extra kick when I need it. I know it’ll eventually come.” 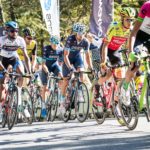 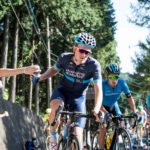