Lozano Stays With The Leaders at Tour of Croatia

MT UCKA, CROATIA — David Lozano used the help of his teammates to get the final mountain on Saturday’s stage 5 of Tour of Croatia, and then the Spanish rider rode up the last climb with the leaders at the end of the stage.

Andrea Peron rode next to Lozano on a hot and sunny day in the steep mountains just near the Istrian coast, following the peloton’s attacks and surges over two brutal climbs after a beachside start in the resort town of Rabac. When the race descended back down to the sea and passed through the city of Rijeka, Croatia’s gateway to its archipelago of countless pine-covered islands, it was again Peron who kept his team leader near the front.

At the base of the final climb, as rival teams increased the pace, Peron finished his work and Lozano took control, staying close as attacks off the front put the whole race on edge.

Lozano held on to his top 20 overall in the Tour of Croatia with a strong finish, then coasted back down hill to the waiting team bus. When Peron arrived a few minutes later the two riders high-fived each other and shook hands to commemorate a job well done.

“Straightaway after the start we went at the mountains, and it was a nice, hard day. I was with the leaders until 3km to go, and Andrea helped to put me in position for the last climb, and the second-to-last-climb, and we did really nice work. The guys are really committed and we did a good job today.” 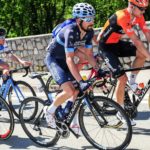 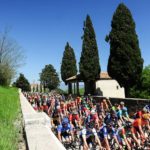