Lozano Moves Inside Top 20 After Tour of Croatia Queen Stage

SVETI JURE, CROATIA — David Lozano moved in to the top 20 overall at the Tour of Croatia on Thursday at the end of what he called “the longest and hardest climb” of his career.

The peloton rolled out of the scenic island of Trogir to start a short 134km stage down the Dalmatian coast under sunny skies with almost no wind. Temperatures were nearly summer-like but there was little time to enjoy the beach as Charles Planet crashed in a traffic rotunda and injured his right leg. The French rider recovered quickly and resumed his place in the peloton to finish the race, but will wait until Friday morning to see if he can start stage five.

Brian Kamstra became ill with stomach distress after the peloton left the coast and began its day in the mountains, and withdrew from competition. The Dutch rider is under the care of team medical staff and cleared to travel home on Friday and resume training as soon as he feels well.

Lozano used his remaining teammates to stay protected at the front as the bike race moved south along the Makarska Riviera, a dramatic stretch of seacoast that launches almost straight up to a mountain nature preserve high above the village of Podgora.

On a 29km climb Lozano finished 20th, and moved into 17th place on General Classification with three days of racing to go. The Spanish rider held with the leaders for the first 12km of the long ascent, then settled into a pace and rhythm to preserve his overall position.

“We started in Trogir, which is a really nice place in Croatia, and in the neutral section of the race there was a big climb, so it was a perfect preview of the day to come.”

“The race was pretty fast at the start, and after about 100km we started this climb, and I think it was the longest and hardest climb I ever did.” 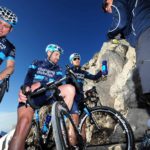 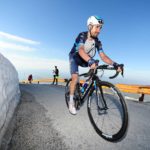 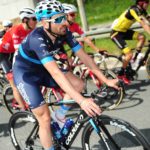