The attacks began on the opening lap including an early attack by Team Novo Nordisk’s Brian Kamstra, but it was a group of eight riders, primarily representing World Tour teams, that escaped.

Over several laps, two riders worked to bridge up to the escapees. Eventually, the effort paid off. Heading into the final laps, the break fell away and the peloton was reduced to less than two dozen riders.

On the 13th lap, Bauke Mollema (Trek-Segafredo) and Michael Woods (EF Education First) broke off the front with the Dutchman proving he had the strongest legs taking the win by a second.

Following the race, Novo Nordisk Japan hosted a successful event at the race finish with hundreds of fans lining up for autographs.

“I feel happy because I love racing in Japan and feel good about a 16th finish at an HC race. I was hoping for more, but after 10 days racing in China and at the end of a long season, I didn’t really know what to expect from my legs. When Jumbo attacked, I just didn’t have it in me to follow. Overall, it was nice having David there with me to fight all day and was good to finish the season on a high note together.”

The Japan Cup served as Team Novo Nordisk’s final race of the 2019 season. Stay tuned for our 2020 roster announcement in coming days. 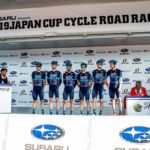 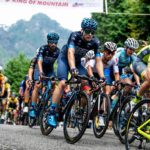