Kigali, Rwanda, February 25, 2019 —Finn Joonas Henttala showed his fighting spirit by crossing the line in Huye in 19th place after having worked most of the stage for teammate David Lozano.

Stage two of the 11th edition of Tour du Rwanda started in the capital Kigali and saw the peloton head south on a hard parcours that included four KOM’s, the first of which immediately after the neutralised zone.

Four riders animated the proceedings by going on the attack. The quartet opened a gap with ease but the peloton kept them on a tight leash, holding the gap steady at a little over five minutes. Team Novo Nordisk rode safely in the main bunch, eager to protect Lozano, who was our card to play in the finale. However, our strong Spaniard didn’t have the best legs on the day and conceded 26 seconds to Merhawi Kudus (Team Astana) who out-sprinted the competition to take the stage win in Huye, catapulting himself into the GC lead.

Joonas Henttala stepped in to fight for a result in the final and secured a 19th placing on the line despite being unable to launch his sprint. Our experienced Finn is now Team Novo Nordisk’s best placed rider, standing in 19th on the overall classification.

This Tuesday, Stage 3 between Huye and Rubavu will be decisive for the general classification and will be the longest ever in the history of Tour du Rwanda with 213.1km and five categorised climbs.

“I talked with David (Lozano) during the stage and he told me that if I felt good I should sprint. Unfortunately there was a small split on top of this climb and I found myself a couple of wheels too far back. We had to go full gas on the last kilometre on the flat just to close the gap to the first group and I ran out of legs and was unable to sprint after that.” 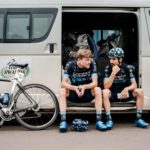 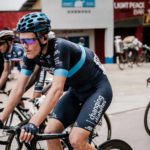