Kigali, Rwanda, February 26, 2019 —David Lozano survived a gruelling day of climbing and came across the line in a hard fought 9th place on stage 3 of Tour du Rwanda.

The 213.2 kilometres stage from Huye to Rubavu, the longest ever in the history of the race, was the first real test for the GC contenders and Team Novo Nordisk rose to the challenge. With no less than five climbs on the menu, three of which Cat-1, it was a mammoth day in the land of the thousand hills with Merhawi Kudus’ Team Astana blowing the race apart as early as 100 kilometres to go. Showing off his climbing pedigree David Lozano held fast in the front group but the punishing pace set and sudden cramps meant our strong Spaniard was unable to follow halfway through the Cat 1 climb to Kabaya.

As Kudus came across the line victorious for the second stage in a row, cementing is lead in the overall classification, Lozano found his pace and came back strongly to take a hard fought 9th place in Rubavu, a result that enabled him to climb to 14th on the GC.

Joonas Henttala worked diligently for Lozano and in the end finished just outside the Top-20 which allowed him to keep his 19th place on the overall classification.

This Wednesday the peloton will face another hard day of climbing with four categorised climbs over the course of 102.6 kilometres from Rubavu to Karongi.

“Today was a tough stage with five big climbs. Astana started to pull really hard on the climb to Kabaya and they destroyed the race. I tried to save as much energy as possible to get the best position in the end. I managed to do top 10 and I’m really happy. I was with Joonas (Henttala) during most of the long climb and that gave me a lot of calm before the storm. When the guys started attacking I tried to follow and became somewhat empty but little by little I started to recover. It’s hard in the altitude but the boys are happy.”

“Today was the longest and hardest stage so far in this Tour du Rwanda. We did 220 kilometres with a couple of first category climbs. All our riders did a big effort today. David (Lozano) was in the first group then experienced a little difficulty with cramps but was able to overcome that and finish in the Top-10. Overall I’m really happy with the teamwork shown by the boys today.” 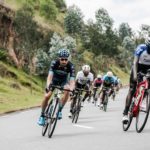 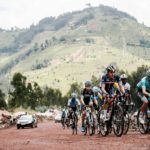