Nyamata, Rwanda, — Joonas Henttala flew the flag for Team Novo Nordisk on Stage 6 of Tour Du Rwanda and secured the best result so far in his professional career outside of the Finnish National championships.

The 27-year-old Finn, racing his seventh season for the world’s first all-diabetes professional cycling team, was part of the 9-riders breakaway that got clear early in the 121.1km stage to Nyamata. The gap was kept south of five minutes all day but no team took on the responsibility to chase allowing the break to stay away and fight for the stage honors.

With teammate David Lozano safely protected in the bunch Henttala got the green light to fight for a result and took a strong sixth place on the finishing line. A flurry of attacks in the last kilometres and with two teams having two riders each in the break Henttala was forced to close down several moves, compromising his performance in the final sprint.

Lozano finished comfortably in 25th place in the main bunch and successfully defended his 6th place in the overall classification which is still led by Merhawi Kudus (Team Astana).

This Saturday, Stage 7 will be a short but explosive affair with 5 KOM’s packed into an 84.1 kilometres stage that will link Nyamata to the capital Kigali.

“Today was a really hard stage in the break. It was a fast start with a seven kilometres climb and successive attacks all the way to the top. After a fast descent there was a flat section and I think we were maybe just 30 guys with the race completely split up. Afterwards a couple of guys tried to go clear and I followed them. That made the break of the day. We worked well together until maybe 10 kilometres to go. I tried to follow all the moves but two teams had two riders in the break so for me, being alone, it was difficult to cover everything. I tried to and spend a lot of energy there. In the end they could afford to play more having more guys up front. I’m a bit disappointed, it could have been better but I’m happy with the legs, happy with the form, so tomorrow we fight again!” 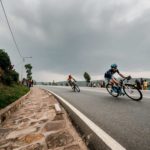 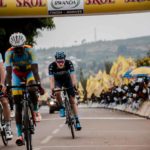