Lozano Sprints to Fifth on Stage 4 of Tour du Rwanda

Karongi, Rwanda — David Lozano sprinted to a solid fifth place on Stage 4 of Tour du Rwanda and moved up to 7th in the general classification.

Team Novo Nordisk’s tactic for the short but intense stage to Karongi was to try and place Lozano in the breakaway, not only to contest the win in Karongi but crucially to climb some places in the overall standings.

After a hectic start our 30-year-old Spaniard made the break along with 17 other riders, including teammate Joonas Henttala. However, our Finn, who started the stage in 19th on GC, was struck by two untimely mechanicals and was unable to come back to the front group.

In the finale, and despite nearly crashing in the last kilometre due to a touch of wheels, Lozano capitalised on his powerful kick to secure a fifth place on the day. The result and respective time gain on the peloton enabled Lozano to climb from 14th to 7th in the overall classification.

Stage 5 of Tour du Rwanda will be another hard day for the peloton as the riders will face a hillier challenge with four climbs, three of which Cat-1, over the course of 138.7 kilometres.

“Today the plan was to go in the breakaway and climb some spots in the overall. In the end we achieved that goal and I also managed to finish top 5 on the stage so I’m pretty happy. With one kilometre to go I touched my front wheel with the rider in front of me and I broke one spoke so I couldn’t sprint as well as I wanted but I was still Top-5. I came to this race with the ambition to do Top-10 in the overall. After the first two stages I was kind of out of the fight but now I’m back in the game. My head is once again in the fight for the overall.” 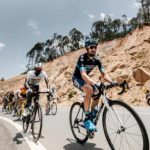 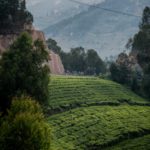