Musanze, Rwanda — David Lozano made the most of a hectic stage to place himself within striking range of the top 5 in the overall classification at the 2019 Tour du Rwanda.

Sweltering temperatures turned the hilly stage 5 from Karongi to Musanze into a race of attrition with 11 riders going up the road and establishing the day’s breakaway, amongst them Biniyam Ghirmay (Eritrea) who ended up sprinting for the win, his second of the season.

In the peloton Team Novo Nordisk rallied around David Lozano to defend his GC aspirations. The 30-year-old Spaniard rode strongly in the main bunch and crossed the finishing line in 29th position, just ahead of the Yellow Jersey Merhawi Kudus (Team Astana) a result that enabled him to climb one position to sixth place in the General Classification.

Joonas Henttala was our best placed rider on the day. Our Finn followed late attacks in the main group and notched a 15th place on the line – the fourth fastest from the bunch – crowning a stellar performance in a tough stage where he worked diligently for Lozano, notably giving his wheel when the Spaniard suffered a puncture with 20km to go.

With this result Henttala reentered the Top-20 in the GC while Lozano now sits in 6th place, just 26 seconds shy of the Top-5.

This Thursday, another hard day in the saddle awaits the peloton on the 121.1 kilometers stage 6 from Musanze to Nyamata which includes 4 categorized climbs.

“It was a really fast day with a hard start. I tried to follow the first attacks because we had to keep an eye on a couple of guys who were behind David (Lozano) so we could keep the Top-10 in the GC. The breakaway didn’t pose too much danger today and in the end I tried to pull for David. I think the team did a great job today. Then towards the end of the stage there were some attacks and I just followed one of them and tried to finished off the day on a good note.” 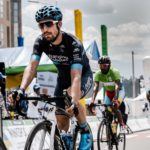 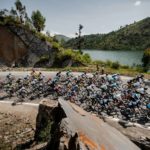