Mingshan, China — Team Novo Nordisk concluded its participation in the Tour of China II with a solid eight place on the fourth and final stage by French sprinter Mehdi Benhamouda.

The short, flat stage made for a high pace race but on the third lap the peloton split and Swiss neo-pro Oliver Behringer did very well to make the front group of around 20 riders. The numerous group opened a gap of around a minute and stayed away until 5 laps to go when the Androni led peloton finally bridged the gap.

In the end, it came down to the predicted bunch sprint and Team Novo Nordisk’s Mehdi Benhamouda took a strong 8th place on the line, replicating his result on stage 2.

Oliver Behringer finished safely in the peloton and secured his 43rd position in the general classification, the best placed Team Novo Nordisk rider.

The world’s first all-diabetes professional cycling team leaves China with a sizable bounty in terms of results, the highlight being the second place achieved by Benhamouda on stage 5 of Tour of China I. In addition to his podium place the 24-year-old Frenchman notched three other top 10 results in both races.

“Today was the last stage of Tour of China. The race was pretty fast and we had Oliver (Behringer) in the breakaway with 20 guys after a few laps. He did well but the Androni team started to work hard to bring it back and finally the peloton came back together. The team then worked to put me in a good position for the finale. They did a good lead-out and I was able to finish in the top 10 today. I’m happy with the result.” 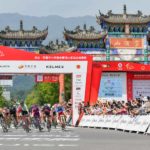 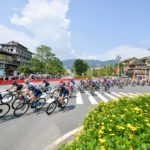