Planet Fights Back With Breakaway Effort at Adriatica Ionica

Monte Quarin, Italy — Charles Planet was one of the key protagonists of stage three of Adriatica Ionica Race as he put up a great breakaway performance for over 150 km, proudly showcasing the Team Novo Nordisk colors at the front of the race.

One day after suffering to finish the queen stage due to the extreme heat the 25-year-old Frenchman was determined to make his mark on the race and went on the attack in the early kilometers, successfully making the day’s breakaway. Planet was joined at the front by Fausto Masnada (Androni-Sidermec), Etienne Van Empel (Neri Sottoli-Selle Italia-KTM), Sjoerd Van Ginneken (Roompot-Charles) and Xavier Cañellas (Caja Rural-Seguros RGA) and the strong quintet swiftly opened a solid gap to the peloton.

After 20 km the escapees had an advantage of over three minutes and 30 seconds and as the day progress the bunch allowed that to creep to over five minutes before Deceuninck – Quickstep and Trek Segafredo decided it was time to get to work.

Van Ginneken was the first escapee to drop and afterwards Cañellas suffered a crash which dictated the end of his own breakaway efforts. Planet proved to be one of the strongest in the front group but was unable to follow a blitz attack from Masnada who went solo on the final Cat 3 climb of the day, in San Floriano del Collio, 25 km from the finish in Monte Quarin.

Our breakaway specialist was caught by Remco Evenepoel (Deceuninck – Quickstep), who had attacked from the bunch, some minutes later and folded into the peloton soon after, riding conservatively to the finish.

Evenepoel powered to a solo win taking two minutes and 13 seconds on the main field while his teammate and countryman Philippe Gilbert was took second place.

For the second day in a row Peter Kusztor was Team Novo Nordisk’s best placed rider. The two times Hungarian national road champion did very well to stay with the best riders until the decisive kilometers and crossed the finishing line inside the top 50.

The second edition of Adriatica Ionica Race concludes this Sunday with a 135.5km stage from Cormons to Trieste that should finish in a bunch sprint.

“Yesterday I had a bad day and tried to save my legs as much as I could to hopefully have a good day today and it happened. I was really focused to get in the breakaway and It was a really good stage, somewhat technical with many short climbs. I really enjoyed it and felt really good today. It was a really strong breakaway today and we had a really good gap. I missed a little something in the end but I’m happy with my performance. I spoke with some World Tour riders later and they told me they were going really deep in the peloton so for sure this was a pretty strong breakaway.” 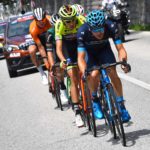 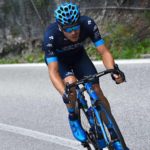 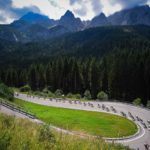