Overijse, Belgium — Wednesday served as Team Novo Nordisk’s 2016 Belgian debut as the world’s first all-diabetes pro cycling team tackled the 56th edition of Brabantse Pijl. The race started under cloudy skies and drizzled off and on throughout the race that covered 26 climbs and multiple cobblestone sections.

A four-man break escaped early into the 205-kilometer race and earned a maximum gap of 5:20. By the 10th climb, several chase groups bridged up to these leaders. New attacks followed, which shattered the newly formed front group. Attacks continued from both the escapees and the peloton, and the race came back together with 30 km remaining.

“This year was definitely harder than last year. It felt faster and more chaotic all day,” Team Novo Nordisk’s David Lozano said. “I pushed myself over all the climbs. I stayed in the front group until the final 10 kilometers but with all the attacks, a gap formed and I wasn’t able to bridge back up. I gave it my all and rode the best I could today.” 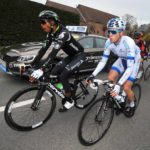 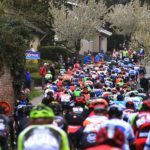