Pouzauges, France — Spring weather kicked in on Tuesday as Team Novo Nordisk took to the start for the 65th edition of the 4-day, 5-stage Circuit Cycliste Sarthe-Pays de la Loire, with a quick loop through farm country before six hilly laps on tight and slippery roads.

In the morning a 2-rider breakaway established a 3-minute advantage over a relatively small peloton of 96 cyclists soon after the start, following sunny skies and a forecast for rain in the afternoon. Quentin Valognes made his professional debut in France to great fanfare, but slipped on rain-slickened asphalt as the peloton entered Pouzauges in one long line.

At just under one lap to go the leading French teams took control of the pack to set up for an expected sprint finish, and Team Novo Nordisk’s own Charles Planet rode at the front before thousands of French fans. Justin Jules of France won the uphill finish just ahead of countryman Arthur Vichot, with Italy’s Andrea Vendrame rounding out the podium. Planet came in 19 seconds back as the pack split up in the final 500 meters.

“Charles has improved in each of the last three days of racing, and it’s good to see him take lessons and learn. He is hungry for the front of the race, and each time he takes to the start he is ready to be on top. Romain is also showing great capacity, and to know that just last year he was working a full-time desk job and training in the evenings makes his progress more impressive.”

“Everything was dry at the start, but then once the rain began we were passing through farms with really dirty roads, and everything was as slippery as ice. Quentin crashed twice, and in the corners everyone was slowing down a lot out of fear. FDJ was pulling really hard for Vichot, who is good in these kinds of finishes, and in the end were were maybe just 40 guys at the finish.” 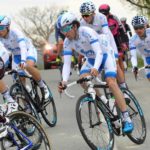 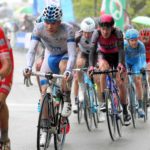