Peccioli, Italy  – Team Novo Nordisk took on Italy’s Coppa Sabatini on Thursday, once again facing off against the best cycling teams in the world.

The 195-km race through Peccioli was comprised of three circuits of various lengths that each finished with the same 1.5km climb. Two riders pulled away soon after the race’s opening kilometers, and the peloton was happy to let them go and gain a maximum advantage of over 10:00. However, the bunch continue to chip away at the gap with each passing circuit, and with 3 laps and 12.2km to go, the break was finally reeled in.

“Today was the kind of race I love,” said Team Novo Nordisk rider Charles Planet, “since it was mostly a short uphill all day and a 1km climb at finish. I was surprised to see how good I felt today, too. I was feeling very comfortable the entire race, and I was feeling really confident for the last climb, since I knew that I’d have a good punch.”

Planet maintain good position as the race began to ascend the final time, but a crash on one of challenging switchbacks cut the group, leaving Planet to fight regain contact.

“I don’t know from where this bad luck is coming from, “Planet said, “especially when I’m feeling as good as I was today. But that crash with 3km to go ruined my day. I gave everything to try and reconnect back, but the group was split and I couldn’t do anything against the situation. I’m so disappointed and frustrated. Cycling is my passion, but tonight hurt.”

A group of just over 40 riders emerged following the crash, but without a Team Novo Nordisk present. Planet continued to chase, but was unable to catch up to the leaders as Sonny Colbrelli (Bardiani – CSF) crossed the finish line for the win. Team Novo Nordisk’s Joonas Henttala (FIN) finished best for the squad at 47th, 0:24 behind Colbrelli, with Planet coming in at 63rd and 1:13 behind. 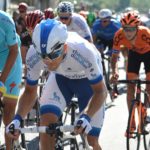 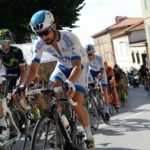 tnn / September 22, 2016
all news
We use cookies on our website to give you the most relevant experience by remembering your preferences and repeat visits. By clicking “Accept”, you consent to the use of ALL the cookies.
Cookie settingsACCEPT
Manage consent