Siena, Italy – Team Novo Nordisk riders Martijn Verschoor (NED) and Charles Planet (FRA) were among a diminished group that managed to complete Saturday’s extremely difficult 10th edition of Strade Bianche. Nearly 180 riders took the start, but after 176km- featuring nearly 50km of unpaved roads- less than half the group was able to cross the finish line.

Team Novo Nordisk’s goal for the race was to once again feature in the breakaway (David Lozano starred in the Strade Bianche main break at the team’s first appearance in 2015), but shortly after the first 10km, an eight-man group pulled away with no Team Novo Nordisk riders present.

“It was an extremely difficult day with a lot of crashes in peloton,” said Team Novo Nordisk Senior Vice President of Athletics, Vassili Davidenko. “Luckily our guys stayed safe, but the tough conditions led to many flats and changes. A race like Strade Bianche can go one of two ways: good- when everything runs smoothly- and not so good- when you’re forced to deal with mechanical issues all day. Unfortunately for us, today was the second scenario.” 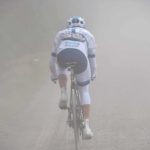 Fabian Cancellara (Trek-Segafredo) edged out last year’s winner Zdenek Stybar (Etixx-Quick-Step) to win his third Strade Bianche, and Verschoor and Planet finished in the race’s second group. “This was a hard, really hard race,” Martijn Verschoor said. “You can see by the number of riders who did not finish how difficult it actually was. Bad luck, such as a poorly timed flats and some missed corners on the downhills, played its part, but today was super tough. Still, Charles and I managed to finish in a group with top riders like Tony Martin, Taylor Phinney and Filippo Pozzato.”

“At many one-day classics like Strade Bianche,” Davidenko said, “it’s normal to have only a few riders finish. The teams work for their leaders, and once they’re done they drop out. Our riders did their job today. Tomorrow is another day and another chance.”