Megias Climbs With Leaders on Short Day at Tour of Croatia

Biokovo, Croatia — Tour of Croatia organizers shortened Wednesday’s second stage due to high winds and extremely cold temperatures on the final climb, and delayed the start of the race down the Dalmatian coast.

Snow overnight on the 500km transfer after the finish of stage one delayed the arrival of most teams to the luxury resort hotel along the Adriatic Sea until after 11pm on Tuesday, prompting organizers to change Wednesday’s start from noon until 2:30 in the afternoon. They also cut off the final 15km of what was to be the 2017 season’s first real long mountain climb, Sveti Jure, the second highest mountain in Croatia.

A 4-rider breakaway built up as much as five minutes on the peloton soon after leaving the small island of Trogir, but strong World Tour teams began to chase hard in the second hour of racing and brought the escapees back at the base of the 15km climb up a narrow switchback road away from the sea. Javier Megias and David Lozano kept in contact with the leaders into the final 3km, where heavy winds in bright sunshine dropped the air temperature down to around freezing.

“Javi stayed with the leaders until the last 2k and rode strong to the finish. David suffered a bit on the first part of the climb, but got stronger as the road continued. Tomorrow is our best chance for a breakaway, but the start will be up and down in some hills and probably a bit nervous. The finish for stage three is flat, and we are expecting a big group sprint.”

“The stage was shortened but there was still a pretty long climb at the end, 13 or 14k. Coming down the coast there was a headwind, so it was a lot easier if you weren’t on the front. It ramped up as we came to the beginning of the climb, and there were a few teams who were working to put their guys at the front. But it was freezing at the finish, and that was the point where the organizers stopped the race and said any further is too cold. It looks sunny and warm, but it’s pretty chilly up top.”

Team Novo Nordisk continues racing at the Tour of Croatia on Thursday with a 237km stage that begins inland in Imotski and travels back north up the coast to Zadar. 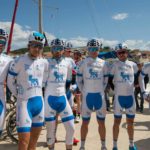 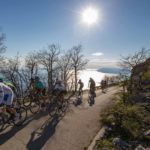 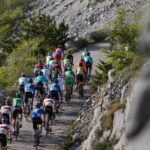