Racing Heats Up at Tour of Croatia

UMAG, CROATIA — Warmer weather greeted the riders on Friday at stage four of the Tour of Croatia, as a shake up in the general classification put top World Tour teams on guard against any disruptions ahead of Saturday’s Queen Stage.

A breakaway of four riders left the peloton on the first climb of the day, building an advantage of three minutes before the chase group began to hold the gap steady over a succession of hills up and away from the seaside resorts of Dalmatia. Crossing through picturesque valleys into the region of Istria, the Tour of Croatia began to shed the extra clothing needed in the unusually cold weather up to now.

All came back together into Umag for a group sprint, with Italian Nicola Ruffoni winning for the second consecutive day. Behind him on the podium stood fellow Italian Riccardo Minali and Russian Ivan Savitskiy. Martijn Verschoor was Team Novo Nordisk’s highest-placed finisher on the day, following Ruffoni in the same time at 25th place.

“The weather improved today and gave everyone a little taste of spring again. It’s still colder than normal, but today was easier on the peloton with less wind and overall better temperatures. We go into the Queen Stage tomorrow with two very hard climbs and will put our teamwork behind Javier Megias for the day.”

“Today was three degrees better, and it makes a big difference. We could start the race without leg warmers and finish without arm warmers at the end. Tomorrow is the Queen Stage at the Tour of Croatia, and also a short one. We’re really looking to our leader Javier Megias, who is coming into good form. I’ll try to go into a breakaway if I can, because I am really motivated to get out in front for the team.”

Team Novo Nordisk continues racing at the Tour of Croatia on Saturday with a 141km stage that begins in Porec and finishes with an Out of Category climb to Ucka. 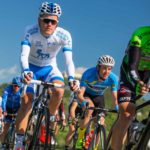 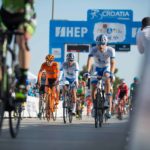