KAZINCBARCIKA, HUNGARY – The midsummer pause in June and July paid off for Team Novo Nordisk in August, with strong results coming in Denmark, Rwanda and Hungary for the world’s first all-diabetes pro cycling team.

On Sunday in the final stage of the Tour de Hongrie, Charles Planet again leapt out into a late breakaway to take advantage of his sharpened fitness in front of large crowds in the northeastern Hungarian city of Kazincbarcic.

Following a successful week that saw the French rider battling for a podium spot and teammates gathering at the front of the race to pace, block and feed for their leader, the final day came down to another mass sprint, with fellow countryman Mehdi Benhamouda launching his sprint on a crash-marred finale for 11th on the day.

With good results now behind them, Team Novo Nordisk will next turn to Asia and a block of racing no less challenging as they take on nearly three weeks of competition at the Tour of China 1 and 2 in September, with squads then switching out for through the Tour of Hainan and Tour of Taihu in October before the now traditional season ending Japan Cup.

Team Novo Nordisk will race next on 9 September at the Tour of China 1. The world’s first all-diabetes pro cycling team’s final 2018 race in Europe will be in Germany on 3 October at Sparkassen Munsterland.

“A midsummer pause can be disastrous if not managed well, and it’s not hard to lose race fitness. But the opposite is also true, and the rest gave us all the chance to go home, recover from a busy first half of the year. Charles had the Fighter’s Jersey in Denmark, David Lozano won a stage in Rwanda, and this week in Hungary the whole team came together to work for each other and keep our podium chances alive.”

“‘Always fight and never give up’ is my philosophy of cycling. After yesterday’s super bad day, I tried to win today’s final stage by attacking with 20km to go. I got caught inside 3km to go. One day it will pay off- I will just keep fighting and keep working hard.”

“Progress in cycling comes with hard work. We’ve seen the results this month that show us how hard our guys are training at home and how much those efforts are paying off. But it is the collective experience of the whole team, from riders to mechanics to soigneurs to directors and office staff that put us on the podium in August. My congratulations to everyone at Team Novo Nordisk for a job well done. Let’s go get more in China.” 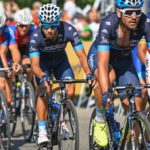 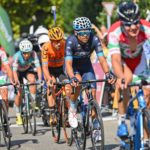