The race got off to very fast start with a flurry of attacks. After 20km, Verschoor and four other riders pulled away, eventually reaching a maximum gap of 4 minutes. Orica GreenEDGE controlled the peloton, and the break was reabsorbed in the race’s final kilometers, setting the stage for for a bunch sprint. In the sprint, Orica’s Michael Matthews edged out Sergey Shilov (Russia) to take the win, with Team Novo Nordisk’s Andrea Peron (ITA) finishing best for the team at 13th.

“The peloton split early on,” Verschoor said, “and I came away with four riders in the front. My plan was to work with them past the last climb, but the peloton was still compact with 30km to go and Orica worked hard to bring in the leaders for the sprint. After that, we did our best to help Andrea get into position. He got a little stuck in the final kilometers, but still finished solid at 13th.” 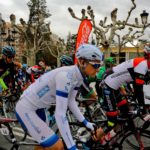 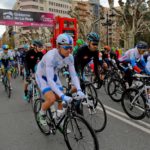