After this difficult 2021 season with my injury I want to come back stronger in 2022. I am always positive and it is by moving forward that we progress and reach our dreams.

French climbing talent Lucas Dauge turned professional with Team Novo Nordisk for the 2021 season before a heavy training crash during the off season totally disrupted his first pro year. Breaking both his Tibia and Fibula, the 25-year-old endured a long recovery and rehabilitation process before finally being able to make his debut on home soil at the Classic Besancon and Tour du Jura with sights set firmly on 2022 and a new start.

A consistent, yet short 2020 marked Dauge’s third season with the Team Novo Nordisk development team and solid performances saw him build on an impressive 2019 and contribute to making the positive step up to the professional level.

Growing up as the middle of three children in the heart of the French Alps, Dauge’s athletic career began on skis. After attending stages of the Tour de France, he found his love for the bike. By 16, he was riding with his local cycling club.

At age 18 and after losing 7 kilograms, feeling lethargic and experiencing an unquenchable thirst, Dauge went to the doctor who ordered a blood test. Based on those results, the Frenchman was diagnosed with type 1 diabetes. His family was shocked by the diagnosis because they had no previous knowledge of the condition.

Like many athletes on Team Novo Nordisk, Dauge first learned about the team from the Internet. Immediately after his diagnosis, he took some time off from training to learn how to properly manage his diabetes while on the bike. Yet within five months, he won his first race with diabetes. From there, he set his goal on making Team Novo Nordisk’s development squad.

In 2017, Dauge attended one of Team Novo Nordisk’s talent ID camps, which are held every summer in the United States. He had a very positive experience at camp, particularly learning how to eat and train with diabetes, and earned a spot on the team’s development squad for the 2018 season where he won the Battle of Lewisburg Road Race in Tennessee and performed well in stage races like Turul Romanei and the Baltic Chain Tour.

Dauge has never lost his love of skiing and still enjoys spending time out on the snow. Off the bike, he likes to spend time with friends and being out in the local mountains and gardens. Dauge has received his bachelor’s degree and has a desire to work in sports management one day. 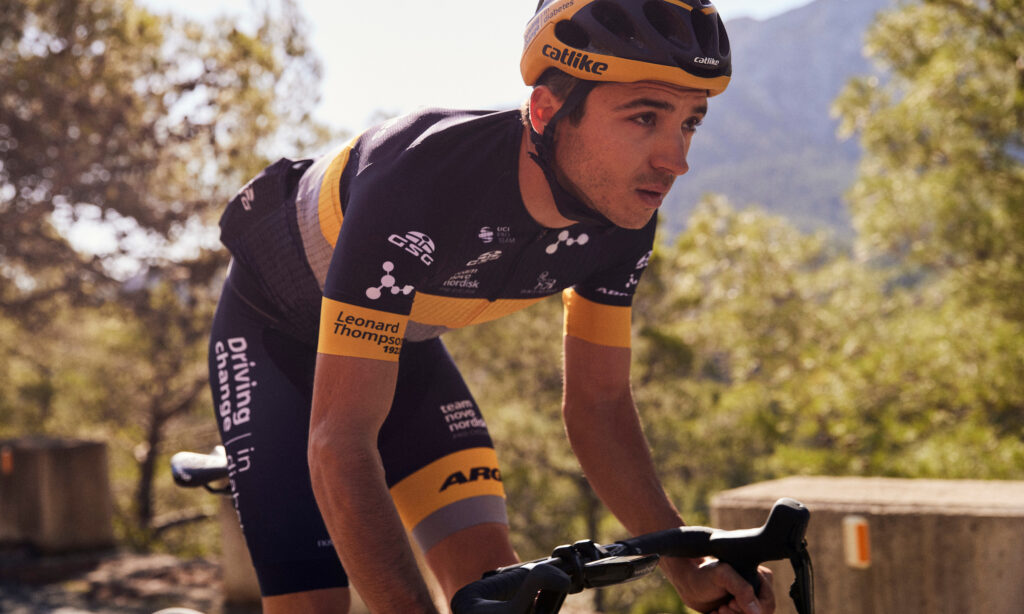 ← Stephen Clancy
Gerd de Keijzer →
back to pro team
We use cookies on our website to give you the most relevant experience by remembering your preferences and repeat visits. By clicking “Accept”, you consent to the use of ALL the cookies.
Cookie settingsACCEPT
Manage consent