San Remo, Italy —Team Novo Nordisk’s Italian sprinter, Andrea Peron, rode in the main breakaway at the 107th edition of Milan-San Remo for the second consecutive year. The 293-kilometer race is the longest one-day race in the world.

“We just finished our second Milan-San Remo and I’m thrilled to see Team Novo Nordisk continue to race aggressively against the best cyclists in the world,” Team Novo Nordisk CEO and co-founder Phil Southerland said. “Our goals for the day were to get a rider in the break and to improve upon last year’s results, and I think we did both today. Andrea has been an integral part of this team since it began four years ago, so it makes me especially proud to see him shine again in his home country. I hope the growth and development of our riders helps inspire people throughout the world with diabetes to continue chasing their dreams.”

Unlike last year, Saturday’s race began under sunny skies. Several Team Novo Nordisk riders lined up near the front from the start and within the first nine kilometers, Peron was already one of 11 riders who escaped. The group eventually earned a maximum gap of 11 minutes. Unexpectedly, a landslide struck the race route around Arezano a few hours before the race’s arrival. This made the planned route impossible to take and the race included a 9-km deviation, which increased the overall kilometers from 291 km to 293 km.

When the escapees reached the final climbs, the group splintered. All escapees were eventually swept up with 25 km remaining. As the race hit the final climbs, numerous crashes took down several riders. This led to a nervous and chaotic finish in San Remo that came down to a bunch sprint with Arnaud Démare (FDJ) taking the win.

“Today was a good day for Team Novo Nordisk and the riders showed they can do well at this level. We got Andrea in the breakaway and David Lozano finished close to the front,” Team Novo Nordisk’s Senior Vice President, Athletics Vassili Davidenko said. “Javier Megias crashed, but we hope it’s nothing too serious. Overall, the riders showed great improvement over last year and I think we are ready for bigger targets.” 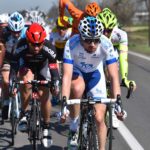 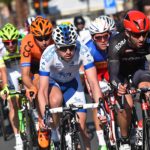 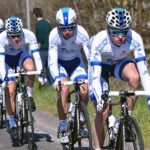