The 235.2-km stage, the longest of the race’s 2016 edition, kicked off in Gumi and featured two King of the Mountain classifications with many small ascents along the way. After 20km, four riders, including Planet, managed break free and eventually built a gap of 4:00. Planet rode aggressively and took 2nd at the first KOM and the intermediate sprint to earn valuable G.G. points.

With 35km to go, the peloton came back together, and teams started to move their sprinters to the front of the bunch. The Team Novo Nordisk squad worked to put Andrea Peron (ITA) into position, but Peron made his move too early be a contender in the final 100m sprint. Chris Opie (ONE Pro Cycling) went to take the win, with Peron finishing best for Team Novo Nordisk at 32nd.

“The guys raced well today,” Team Novo Nordisk Sport Director Massimo Podenzana said. “Charles worked hard to get into the breakaway and did a great job to earn bonus points that moved him to 6th overall.” 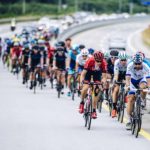 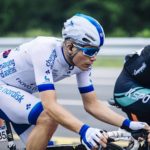 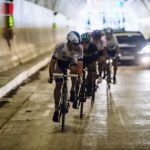