SEOUL, KOREA – The final stage of the 2017 Tour de Korea started at Seoul’s Oympic Park and finished in a fast sprint to conclude a week of tough racing. New Zealand’s Brenton Jones won ahead of his countrymen Scott Sunderland and Jason Lowndes.

Chris Williams slipped into a lightning-fast breakaway as the race entered a 5-lap circuit around the park, and won the first intermediate sprint on a day that never went below 50km per hour.

In the final 2km a series of crashes took out the first 15 riders and slowed the peloton as riders sought to avoid the accident. Team Novo Nordisk riders Andrea Peron and Mehdi Benhamouda both remained upright, but lost positions and speed in the slightly uphill sprint.

Benhamouda was the highest-placed young rider on the day in 19th, and Peron finished 14th.

“It was a really fast race, always more than 50k an hour. In the end there was a little bit of confusion, and a crash affected us a little bit. In the last turn we got stuck and lost a lot of positions. I tried to come back as fast as I could. I like the race, this year it was really open and only five stages.”

“We had the best young rider today with Mehdi, and were in the top three teams at the finish. The week was good, we fought every day and the riders showed they weren’t afraid to attack and animate the race.” 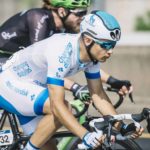 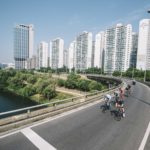 Planet, Lozano Up With the Leaders at Tour de Korea