Platja de Palma, Spain — Team Novo Nordisk opened its 2017 season at the first of four one-day races in the Challenge Mallorca on Thursday, in a mass sprint with all riders finishing in the main bunch and Martijn Verschoor contesting the final.

A four-rider breakaway began immediately after the start in sunny Porreres, and the 19-team, mixed peloton was content to allow a maximum advantage of 2:30 on a dry January day. At the end of the third hour of racing teams began to close down the gap to the breakaway, and in the final 10km the group was all together for a technically simple sprint finish.

“For the first race of the new season it’s important to check the riders’ legs and sensations in the peloton. The first time they go full gas in the year is a good way to place them for their training programs and how they work together as a team. Our goal today was to have everyone together to help Brian and Martijn for the sprint, and we met that goal.”

“The speed was good today, we had a lot of nervous people in the peloton because it was the first race not only for us. Romain slid out in the last 200m but he got up so fast we didn’t even notice. In the final we had Brian and Martijn there, and that was good for us.” 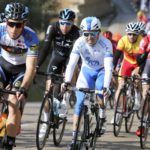 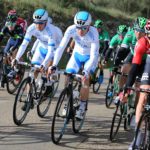