ZADAR, CROATIA — Strong winds and a nervous peloton made Thursday’s massive third stage at the Tour of Croatia a six-hour fight for wheels as Team Novo Nordisk spun up the Adriatic Sea coast on a tough day on the bike.

An 8-rider breakaway formed soon after a crisp early-morning start in the hilltop tourist town of Imotski, and by the time the riders warmed up on the descent down to the beach the gap was more than three minutes. Strong tailwinds shifted across the road as the peloton rose and fell with the elevation.

After crossing back inland and then once again out to sea, the peloton caught the breakaway just as the finishing laps began in Zadar. Riders jostling for position on narrow roads found little room to maneuver around the traffic circles, with numerous crashes in the final 10km. No Team Novo Nordisk riders went down, but a split in the group separated Martijn Verschoor at the front of the race, with no contact to his teammates behind him.

Three Italians swept the podium in the reduced-field sprint, with Nicola Ruffoni edging out Giacomo Nizzolo and Ricardo Minali. Verschoor finished just outside the Top-10 in the same time as the winner.

“Today was the longest day of the Tour of Croatia, and we expected to go in the breakaway with either Charles or David, but they tried unsuccessfully four times and then the fifth time it went without them. Overall it was nervous and windy, and there were a lot of crashes, especially late in the race. We have another chance tomorrow for a breakaway and we’ll set the goal again.”

“Today was 240k of wind, a lot of tension in the bunch and really nervous the whole time. At kilometer 5 we started a 10km climb, and everybody knew the breakaway was going to go, and in the end we got in a lot of groups and spent a lot of power but we were just unlucky.”

Team Novo Nordisk continues racing at the Tour of Croatia on Friday with a 171km stage that begins in Crikvenica and travels right up to the border with Slovenia at Umag. 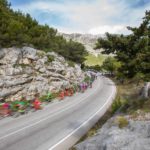 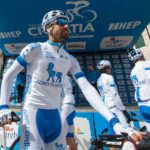