Quebec City, Canada — Saturday’s 70-kilometer stage took place on a four-corner, two-km course around Parliament Hill in Quebec City. An eight-man break formed on the opening lap of the 35-lap course but after half a dozen laps, three riders dropped.

The remaining five riders worked well together, and their gap hovered around a minute for most of the race. With five laps remaining, Matteo Dal-Cin (Rally Cycling) attacked from the break and only two riders were able to grab his wheel.

The trio, which also included Robin Carpenter (Holowesko/Citadel P/B Hincapie Sportswear) and Ian Garrison (Axeon Hagens Berman), entered the final lap carrying a 30-second lead and it was apparent that they wouldn’t be caught.

In the end, Garrison was the fastest man to the line while Alexander Cowan (Silber Pro Cycling) held onto the overall race lead heading into the final stage.

Team Novo Nordisk, the world’s first all-diabetes pro cycling squad, continues racing on Sunday at the final stages of the Tour de Korea and Tour de Beauce. In Korea, the riders tackle a 65-km race around Seoul. In Canada, the team takes on a 122.4-km circuit race around Saint-Georges. 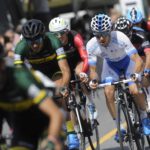 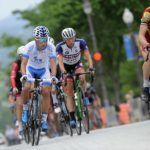