Planet, Lozano Up With the Leaders at Tour de Korea

CHUNGJU, KOREA – A mid-stage climb broke up the peloton on Saturday during stage four at the 2017 Tour de Korea, dividing the group roughly in half on a pleasant if hazy summer day.

David Lozano and Charles Planet found themselves in the front group of around 50 riders, with assistance to get there from Chris Williams and Andrea Peron, as teams attacked each other in the early part to try and break up the tight standings in the general classification.

Hills splintered the second group further, leaving Rik Van Ijzendoorn and Mehdi Benhamouda behind and chasing. Over the lone KOM of the day, a 3km climb with an average slope of 8.9%, Lozano and Planet stuck with the leaders in anticipation of a fast finish and eventual sprint.

Planet was the stronger of Team Novo Nordisk’s front duo, and followed downhill accelerations in the final kilometer to sprint for the line, finishing in the same time as the day’s winner Jon Abersturi. The Spanish winner was also atop the podium in stage one earlier this week, and on Saturday finished ahead of Italy’s Riccardo Stacchiotti and Korea’s Joo-seok Kim.

Lozano came a few places back, and Planet moved up three positions in General Classification, within 10 seconds of a Top-15 overall. There were no changes in the top 17 positions.

“The race really started on the first KOM, so I tried to follow the moves all day, and then the peloton split with about 80k to go. David and I managed to stay in the front group, but it was full gas and a lot of attacks at the front. Everyone wanted to take the yellow jersey and it was a sprint from a small group. I followed my director and I’m happy with my sprint.”

“I’m really happy with the guys this week, and I’ve seen a lot of fighting spirit every day. Williams is a good road captain, and the two in front today, Lozano and Planet, were chasing attacks and making the race for the finish. The Tour de Korea is a good race for us.” 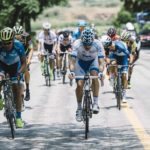 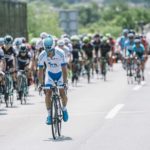