MUJU, KOREA – The second stage of the 2017 Tour de Korea kicked off in high gear on Thursday and did not let up until the final kilometer, with breakaways splitting up and reforming all day in sunny but humid weather.

Overnight race leader Jon Aberasturi’s Japan-based squad chased down nearly every breakaway attempt in the first hour, leading the peloton of 112 starters almost 50km after just 60 minutes of racing. As the stage moved into the hills the race broke up into three small groups, with Team Novo Nordisk’s Lozano, Planet and Williams all with the leaders.

Aberasturi paid for his efforts, losing ownership of the jersey to Korea’s own Kyeongho Min, who outsprinted Yevgeniy Giddich of Kazakhstan and Edwin Avila of Colombia to win the stage and take over in yellow. Planet finished 20th, 1:55 back from Min, together with Lozano in the same time.

“The breakaway went after the first climb, but I hesitated to go because we thought the Yellow Jersey team could control the race, but unfortunately they weren’t strong enough any more. I really like how the profile went up and down all day, and we worked to get the breakaway back. I did my best for a top 20.”

“Stage two this year in Korea was different from last year, but still the start was really fast at 49k for the first hour. The breakaway never really established itself, and the race never really slowed down. Chris, David and Charles all made it into the lead group for the finish, but found themselves cut off on the descent to the line. At 4k to go the leaders had a minute on the chasers and it never came back” 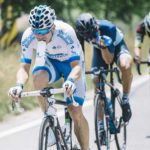 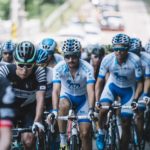 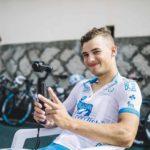