KRACOW, POLAND – Team Novo Nordisk began the second half of the 2017 season in the spotlight on Saturday, with Charles Planet attacking early in the first stage at the Tour de Pologne to ride in a 4-man breakaway through rolling hillsides and tens of thousands of roadside fans.

Planet and his breakaway companions had as much as three minutes ahead of the peloton in Poland, and kept a fast pace over most of the 130km course. Saturday’s escape marked Planet’s third appearance in a World Tour stage race breakaway in 2017.

With no individual time trial this year, the Tour de Pologne is a wide open race, with hills and sprints on some days and hard mountains on others. On Saturday the sprinters’ teams came to the front to close down the breakaway, catching Planet and his fellow travelers before three laps of a 4km finishing circuit in Krakow. World Champion Peter Sagan won the group sprint and assumes race leadership ahead of Sunday’s stage two.

“It was a really hard day today, really fast. We knew it was a sprinter’s stage, so our plan was to go in the breakaway from the gun and try to stay out in front. This is a World Tour race and the visibility here is so high, everyone is here for a good result.”

“Our objective at the beginning of the stage was to get somebody in the breakaway. It’s early and there is no leader, and the teams will watch each other and wait because there is no time trial this year. Charles was very strong today in the breakaway, but in the end the sprinters were stronger.” 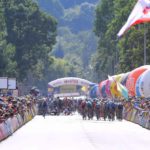 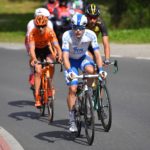