Race: Tour of China I, stage 3

PINGCHANG, CHINA – Team Novo Nordisk rode through the mountains of China on Thursday, chasing with the peloton in the third stage at the Tour of China I.

Australian rider Chris Williams fought to remain at the front as successive waves of attacks in the first hour put pressure on the riders and kept the average speeds high despite the three major climbs along the route.

New Zealand’s Joseph Cooper won the stage by five seconds ahead of Siarhei Papok of Belarus, with Italy’s Liam Bertazzo holding on to his overall lead with third on the day.

Friday’s fourth stage is a short individual time trial in Chengdu Jintang, a hilly resort area on the Tuojiang river.

“Today was one big fight, really hilly and everybody wanted to be in the break. Big groups of 40-50 riders went every time, and we needed to have somebody in there to control it for us. Chris Williams got into the first group that went away and he is our GC leader now.”

“Another very hard day in China. The team helped chase the breakaways for 50km, and in the hills Williams was in the front. Tomorrow is a time trial.”

Team Novo Nordisk continues in the Tour of China I and II through next week, and is also racing in Europe at the Post Nord Dansk Rundt, also known as the Tour of Denmark. 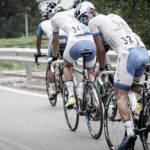 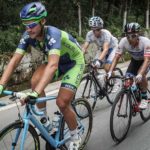