Calabria Powers to Top 10 Finish at Tour of Utah

The 199.1-kilometer course was the race’s “sprint” stage despite having nearly a dozen lumpy climbs throughout the day. From the start, attacks flew with Team Novo Nordisk covering the majority of them. At one point, it looked like Stephen Clancy would make the break, but the race came back together again.

After 90 minutes of racing, a six-man break finally escaped. They earned a maximum gap of 5:30. Following the second intermediate sprint, the breakaway attacked itself and Gonzalo Serrano (Caja Rural-Seguros RGA) and Lorenzo Rota (Bardini-CSF) became the new leaders on the road. The duo reached the two finishing laps around South Jordan with a 30-second advantage, yet the race came together with 10 km to go.

In the end, it came down to a high-speed bunch sprint with John Murphy (Holowesko-Citadel Racing Team) taking the win and the 29-year-old Calabria rounding out the top 10.

“On paper, it was supposed to be the easiest stage of the week, but it ended up being harder than people were expecting. Everyone was riding aggressively from the start, so it took quite awhile for the break to go. We were active at the front and well represented. Once the break went, we raced well together and focused on staying hydrated.

The finish was almost like a criterium with two circuits. Coming out of the final corner there was a tailwind, so it was a roaring fast sprint. With 100 meters to go, I was probably 25th. It ended up being a little like a game of frogger bouncing around and trying to find the right wheel. I saved a little jump for the last bit and managed to pop out in the top 10.”

Team Novo Nordisk, the world’s first all-diabetes pro cycling team, is currently competing in two races: Tour de Pologne and Tour of Utah. Friday’s Stage 7 in the Tour de Pologne serves as the race’s final stage. It is 132.5 km long and starts and finishes in Bukowina Tatrzanska. Stage 5 of the Tour of Utah returns to the mountains and finishes with a crushing two-lap circuit featuring a category 3 climb before a downhill finish into Bountiful. 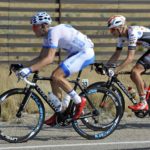 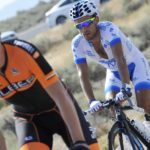