Similar to Stage 1, the 190-kilometer stage began directly with attacks. Initially, three riders escaped and several Team Novo Nordisk riders launched sequential counterattacks. It was Planet’s move that stuck, and he successfully bridged up to the break, which eventually grew to six riders.

Inside the final 50 kilometers, Planet launched an attack on his fellow breakaway riders and only two riders were able to follow. The trio stayed together until the chasing peloton swept them up with nine km remaining.

“After 150 km, I could see the other riders in the breakaway were tired, so I went full gas to see who wanted to race until the end. I knew it would be a bunch sprint, but I figured it was worth pushing it. If you never try, you never win.”

“Our strategy was to put someone in the breakaway. We weren’t planning on putting Charles up there because we wanted him to recover after yesterday’s amazing performance but a race is a race. He did a great job and spent all day fighting in the breakaway.

We would have liked to be in the top 10, but it isn’t easy; we are racing against the best sprinters in the world. What is important is to see how much the team has improved since last year and it is a good sign.” 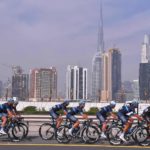 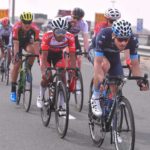