Tour of China II Kicks Off With Rainy Prologue

XINNING LANGSHAN, CHINA – Rain fell throughout the race on Monday as Team Novo Nordisk lined up in China to kick off their second week of racing in Asia at the Tour of China II.

With a prologue stage of 7km in scenic Xinning Langshan, the world’s first all-diabetes pro cycling team put its six riders to the test against a field of 116 athletes from around Asia, Australia, New Zealand and Europe.

The Tour of China II continues with the same teams and riders from last week’s Tour of China I, and will feature five road stages after Monday’s prologue. The racing should be fast and mostly flat, with sprint finishes expected almost daily. Warm rain fell from overcast skies for all riders during the prologue, while a mix of sunny and wet weather is expected later in the week,

Tuesday’s stage one is 99km long, with two short climbs at the start before a circuit finish in Yongshou Ningyuan.

“Today was a very rainy day. The prologue was 7km with on a huge, flat road with a little bit of crosswind, but nothing crazy. I’m happy with my time. It always can be better, but today we pushed as hard as we can. And now we’re transferring 300km to the next stage. We’re looking forward to tomorrow’s stage. It’s 100km with some hills in the beginning, and in the end we’ll for Mehdi in the sprint.” 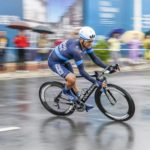 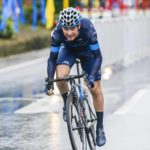 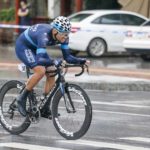