Clancy Takes His Turn in the Tour of Hainan Breakaway

WANNING, CHN – Stephen Clancy put his nose in the wind on Friday, punching ahead on a blustery day down and around the south island coast in stage 4 at the Tour of Hainan.

Clancy attacked at the gun with three other riders, and set out to get as much as two minutes ahead of the peloton, on a humid day full of sunshine in the South China Sea. The Limerick native drove the pace higher as the race progressed, sending one companion back to the peloton and causing several teams in the bunch to intensify chasing near the end of the 142km race.

Clancy eventually finished back on his own pace after the sprinters’ teams took over in the final hour of racing, sending Andrea Guardini of Italy to the top of the podium. Saturday sees the Tour of Hainan move into the mountains for stage 5, with three categorized climbs over 178km from Wanning to Lingshui.

The breakaway went straightaway, and luckily Stephen managed to bridge up to it. It was really great work by him, and the team all made it safely through. The last 10km was on a wide road coming into a city center finish, so it was bit technical and quite dangerous.

We go again tomorrow– stage 5, 180km. There’ll be a few mountains this time, so we’re heading up to the hilly areas. We’ll see what we can do as a team. We’ve only got 5 riders here, but we’re willing to work hard and show the Changing Diabetes jersey.” 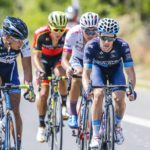 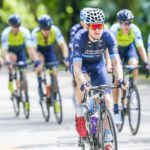 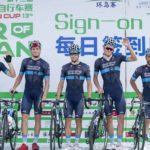