Brand Shines in The Breakaway at Tour of Taihu Lake

WUXI, CHN – Sam Brand put himself into the day’s breakaway on Monday in the opening road stage at the 2018 Tour of Taihu Lake.

Brand jumped across an open gap to join four other riders and eventually build an advantage of more than 90 seconds in the short, flat sprint stage along the scenic shoreline of Lake Taihu. The first-year pro from the Isle of Man was the team’s top finisher in Sunday’s 5km prologue individual time trial.

A nervous peloton caught the breakaway riders with less than five kilometers to go in the 85km race, and Charles Planet posted the top result for the world’s first all-diabetes pro cycling team, crossing the line with the same time as stage winner Juan Molano of Spain.

On Tuesday the Tour of Taihu moves into hillier country, with a 130km stage two from Jurong to Maoshan. The race continues for seven stages and will finish next Sunday in the resort town of Changxing.

“As expected, today’s stage was a bunch sprint, but nevertheless we had Sam in the breakaway. The breakaway got caught with a few kilometers to go, so we tried to bring Charles up for the sprint.

I think we gave everything. There were no crashes, everyone made it to the finish safely, so I think we had a good stage 1. We’re ready for tomorrow’s stage. There are some hills tomorrow, so maybe they’ll be a split in the peloton, but we’re ready to race hard tomorrow again.” 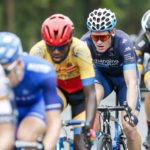 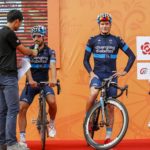