MAOSHAN, CHN – Charles Planet and David Lozano survived the hills in stage two at the Tour of Taihu Lake on Tuesday, holding on at the front of the bike race when the peloton split in two.

The two riders from the world’s first all-diabetes pro cycling team finished with the same time as stage winner Juan Molano of Spain after 130km from Jurong to Maoshan, including two laps of a double-hill finishing circuit halfway between the Yangtze River to the north and Lake Taihu to the south.

After two stages Planet and Lozano remain in a tight group of leaders in General Classification. With five stages remaining, most of which are expected sprint finishes, the importance of time bonuses available in intermediate sprints and at the finish line rises immeasurably.

Wednesday’s stage three is a short, flat 88km circuit race in distant Jinhu, a 200km bus transfer away. The 2018 Tour of Taihu Lake continues through Sunday, with almost no climbs expected in the coming days.

“We had a lot of crashes today, but fortunately no one from our team was involved, which is good. At the end we had two laps with two climbs each lap. It was really tough with a really fast pace. But David and I managed to stay in the first group, and we were able to sprint for a place between 10 and 15, which is not too bad. So now we have a 200km transfer, and we look forward to tomorrow and another stage at Tour of Taihu Lake.” 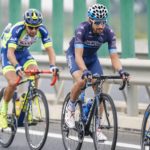 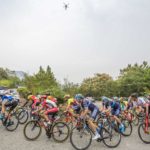